Want to fly a drone in Canada?  Good luck with that.

Transport Canada just released new drone laws that will make it nearly impossible for pilots to avoid fines of $3000, $25,000 and JAIL TIME!  And people can now call 911 on you and have you arrested. In the video below, Canadian photographer and filmmaker Peter McKinnon goes over the new laws and the impact it will have on pilots and filmmakers. Check out the video and his youtube channel.

Here is a recap:

If you fly your drone for fun and it weighs more than 250 g and up to 35 kg, you do not need special permission from Transport Canada to fly.

Follow the basic safety rules below. Not doing so may put lives, aircraft and property at risk. If you fly where you are not allowed or choose not to follow any of the rules below, you could face fines of up to $3,000.

Do not fly your drone:

The list above is an overview of the new rules for recreational drone users. Consult the Interim Order Respecting the Use of Model Aircraft for the full list of provisions. Members of the Model Aeronautics Association of Canada (MAAC) who operate at MAAC sanctioned fields or events are not subject to these rules.

You need to have your name, address and phone number marked on the drone as well. In the US, you need a drone registration number somewhere accessible like under the battery or inside the compartment.

What do you think of these new rules?  Do you think this will stifle content creators or shut down the ability for filmmakers or reporters to fly at all? Do you think they should ban drones completely? Let me hear your comments below! 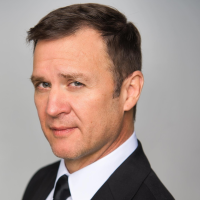